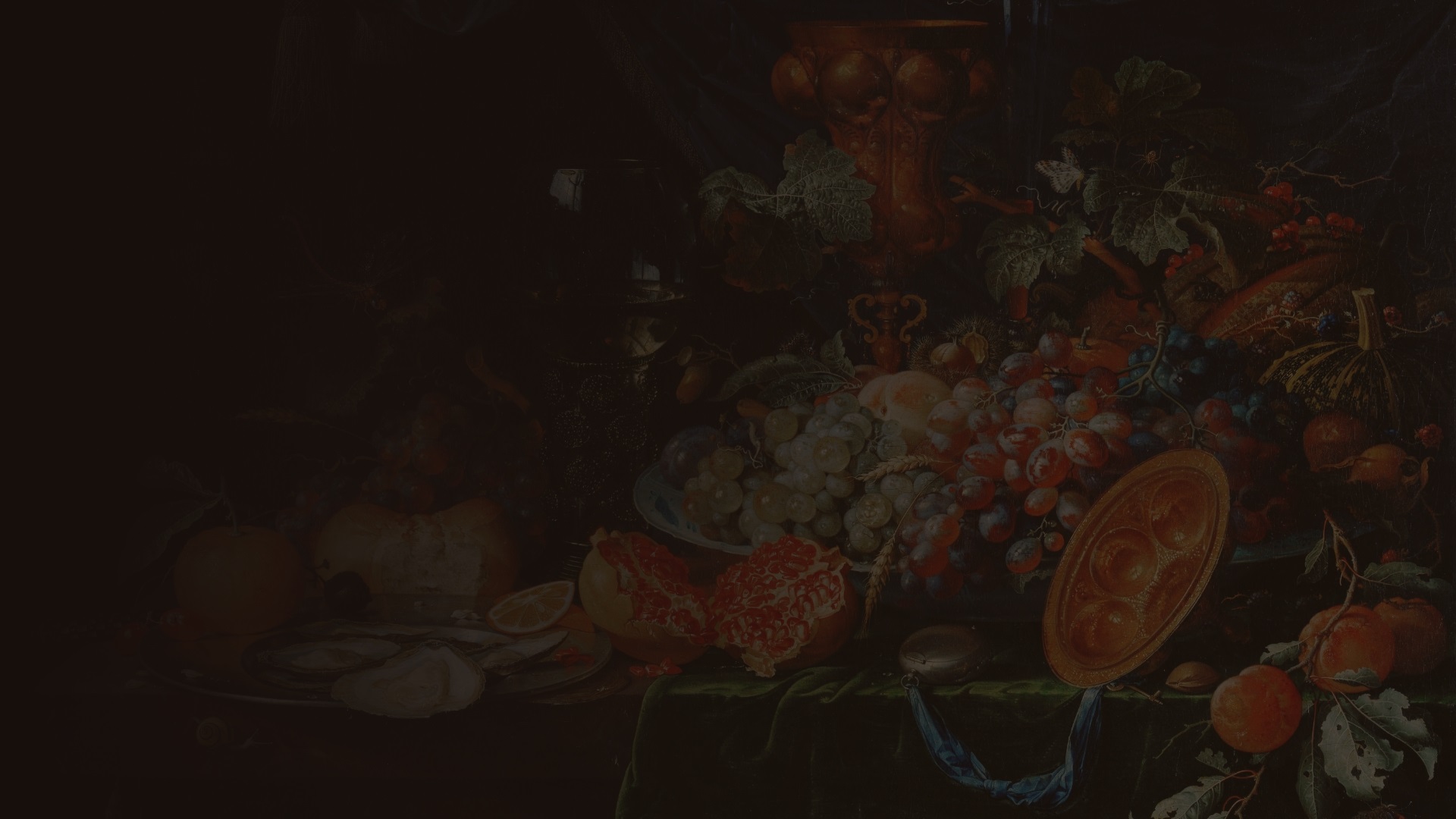 Culture of Hundreds of Years of Plantations and Wine Production

Wine on a small Atlantic island 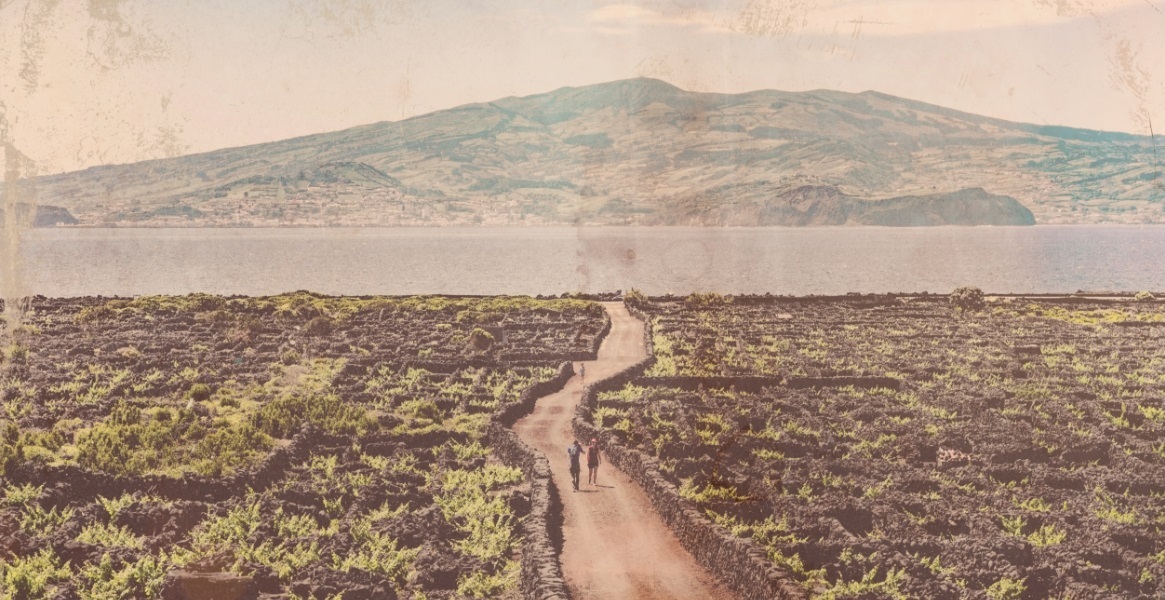 The need to produce wine for Masses led the Franciscan friars to introduce the first vineyards on Pico soil, probably in the year 1460, transporting to the island the knowledge acquired in other parts of the world, especially in Italy and the south of France.
According to history, it was Frei Pedro Gigante, the visionary who introduced the first vineyards into inhospitable soil, who chose to protect the vines with lacy stone walls. Early on, it was found that the wine had different characteristics from the original from which the first vines had come.

Located in the heart of the Protected Area and UNESCO World Heritage Site, it is a century-old vineyard, sheltered by the famous corrals created by the soul of the Man from Pico. Something completely necessary for the vineyard's protection, while also being unique and integrating beauty into the island's distinctive landscape.If all these stone walls were placed in a straight line, they would circle the globe, in line with the equator, twice. 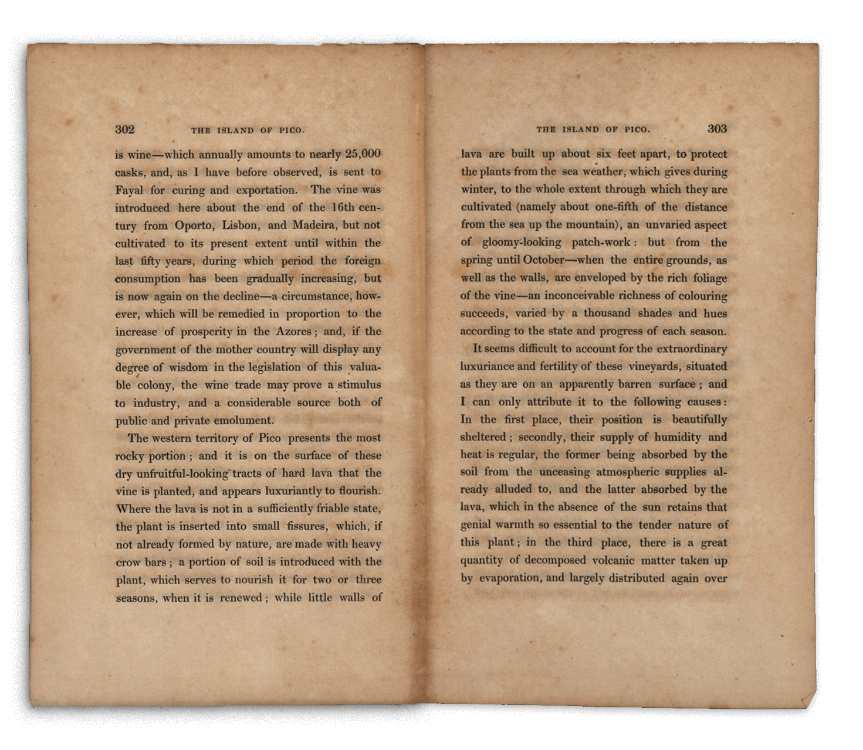 "A Description of the Azores or Western Islands"
- Captain Boid

The Grapes and Pico Island

There are some records on the relevance of Pico wine in the 16th century, mainly on the expansion of its cultivation. But the recognition of the importance of the economy of the island and the Azores began to be significant from the mid-17th century onwards.

The truth is that it became so important that most of the thirty thousand inhabitants of the island were dedicated to cultivation, and records from the first half of the 19th century reveal that Pico wine exports paid more customs duties than all other exports from all the other islands combined in the Azores.

Due to the importance of viticulture, it was prohibited to cultivate two hundred meters above sea level because the wine was no longer of the same quality. This was also a way to encourage the cultivation of fruit, taking into account the basaltic soil of the island and preserving firewood, the only fuel at that time. 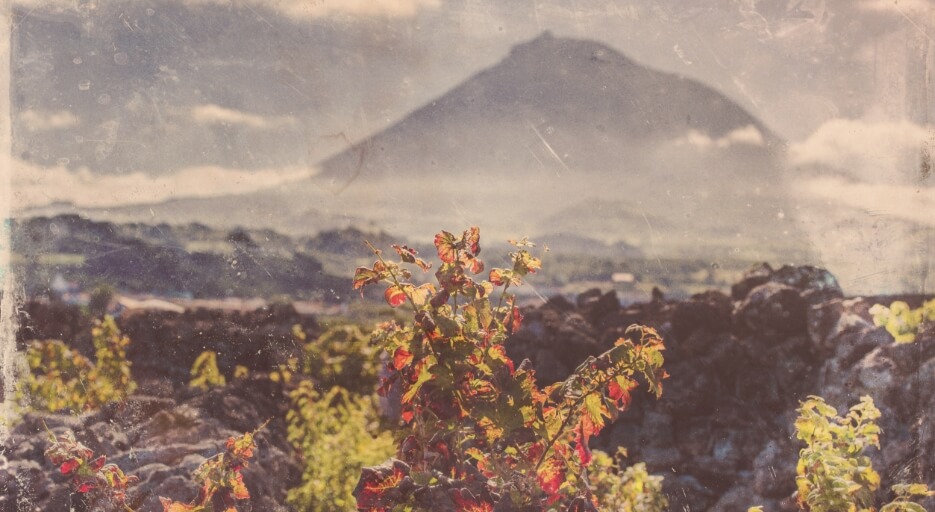 The great pests of downy mildew, powdery mildew, and phylloxera, which decimated the vineyards of Pico and Europe, after the first half of the 19th century, caused a surge in emigration and the abandonment of most vineyards. Only the Lajido da Criação Velha area has re-grafted the traditional Verdelho, Arinto dos Açores, and Terrantez do Pico grape varieties. 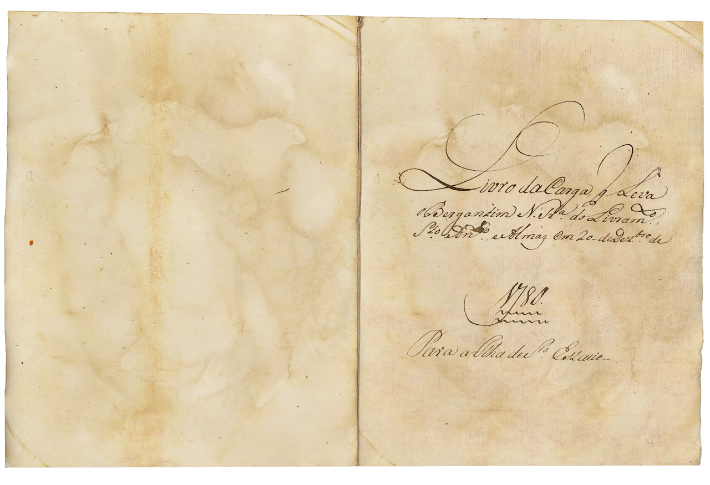 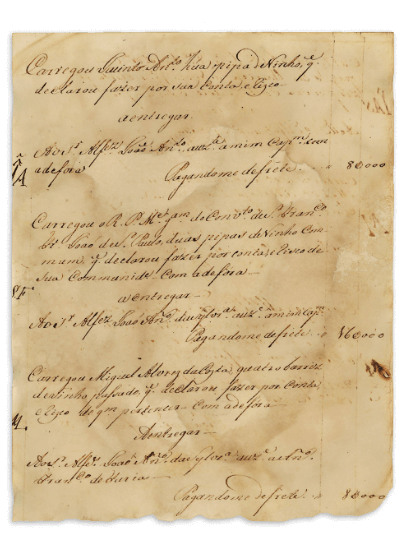 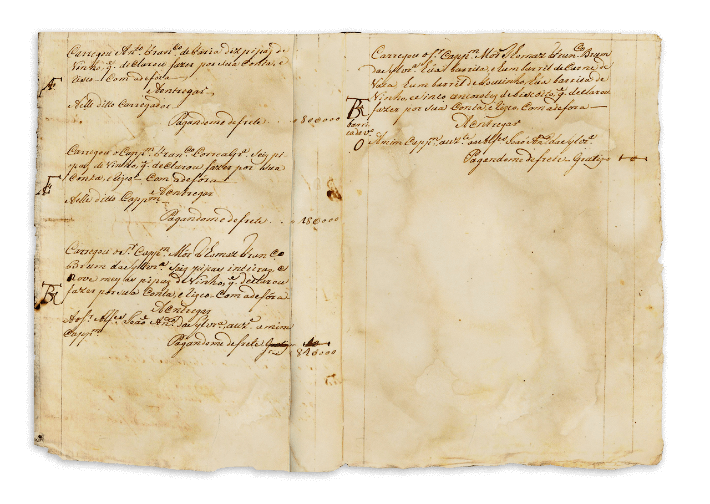 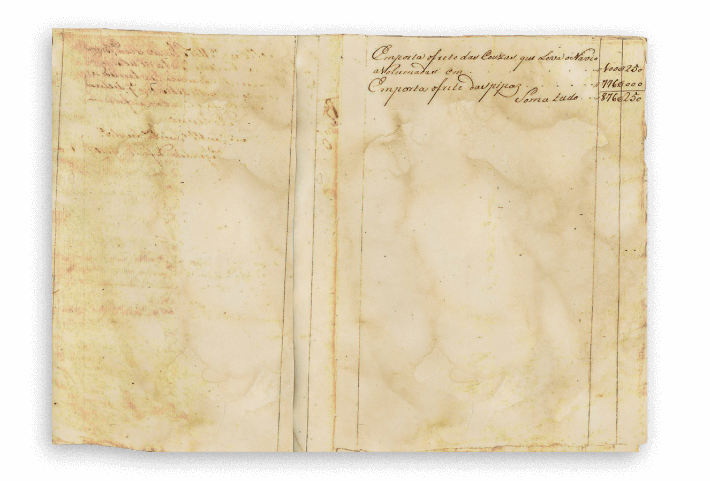 Journey to the Four Corners of the World

From the Atlantic to the World

The wine production in Pico dates back more than 500 years of history, on soil victimized by the lava activity of Pico Mountain, revealing a soil unsuitable for cultivation, except for the vine itself. For being so specific and characteristic, this nectar from this island in the middle of the Atlantic, became famous and traveled to the four corners of the world, reaching the most important tables in Europe and overseas.

There are many mentions of Pico's "past" wine having been served at the tables of Popes, Emperors, and Czars, and being coveted by the richest men in the world.

From the Azores to the World 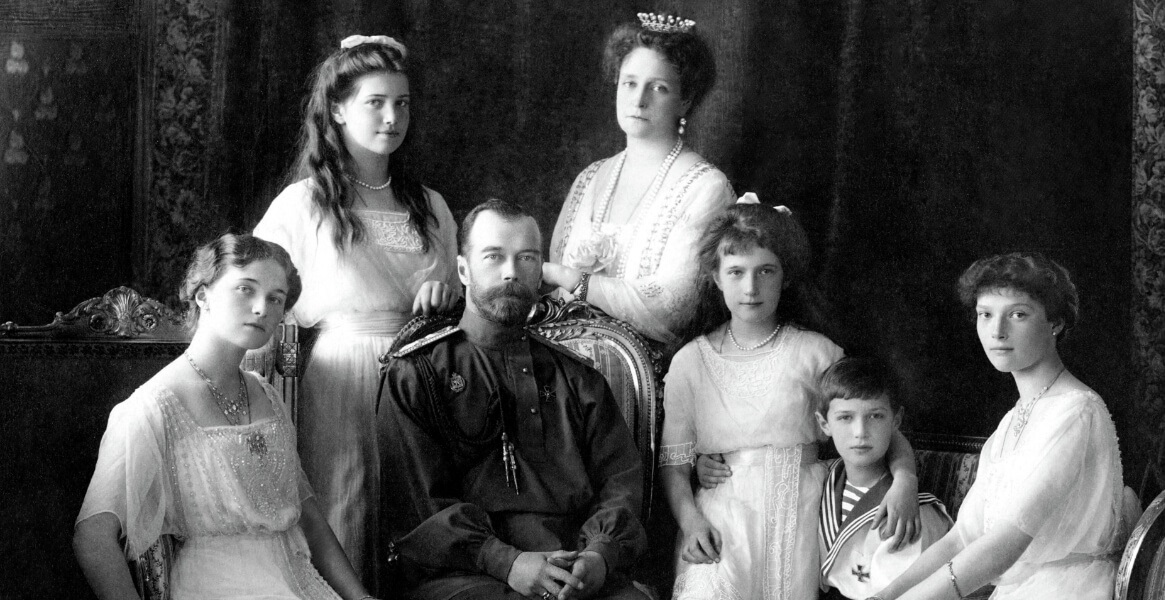 The Verdelho wine produced in Pico, which respects centuries-old techniques and traditions, is part of the history of the world's wines. In addition to arriving in the East Indies, New England, and Newfoundland, and being exported as Madeira wine, it was also served at the table of the Tsars of Russia, who purposely sent their boats to the Azores to transport the wine to their royal banquets.

During the first 20 years of the 19th century, there are records of 23,250 liters of "passado" wine being exported to Russia, to the port of St. Petersburg, where the richest court in the world at the time was located. The taste for Pico wine was confirmed after the Bolshevik Revolution when bottles of Pico's "passado" wine were found in the cellars of the Winter Palace. 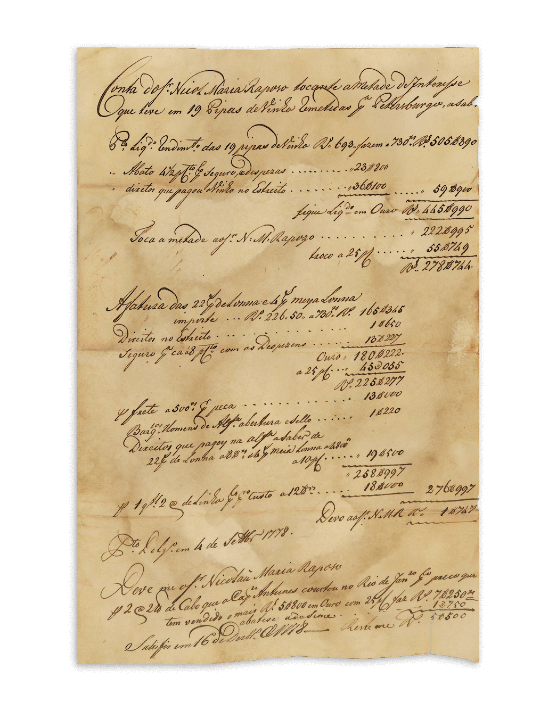 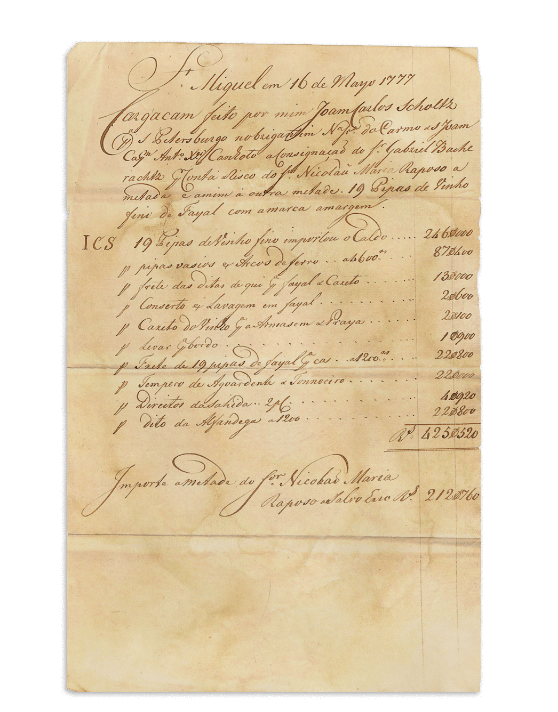 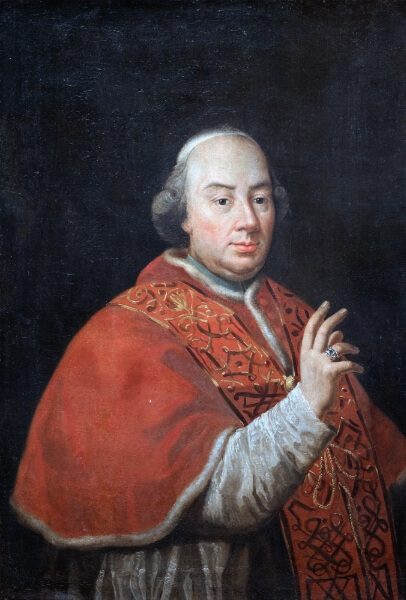 Pico wine also reached the tables of Popes and, in 1797, in a document sent by the Vatican, it appears on the wine list at a banquet offered to the Grand Master of the Knights of Malta. In addition, it came to appear in medical prescriptions as a cure for certain ailments. 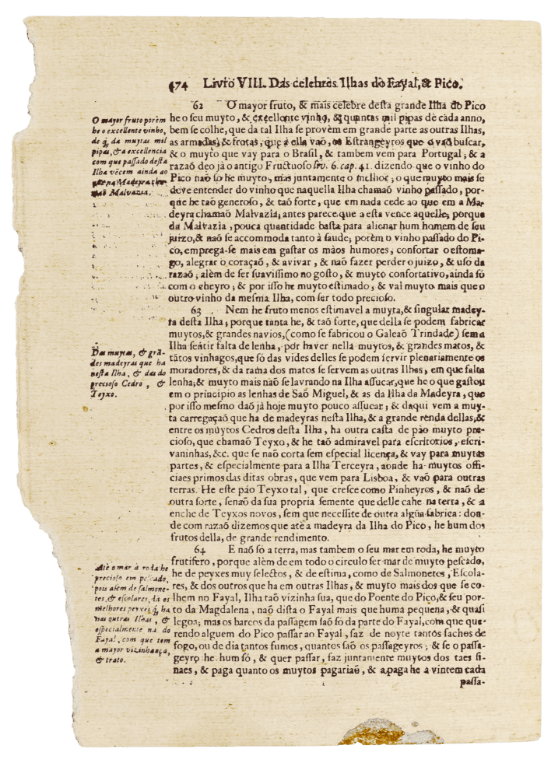 Insular History of the Islands Composed by Father Antonio Cordeyro, of the Society of Jesus, Islander of Terceyra Island, and at the age of 76, in 1717, on page 474.

"the greatest and most famous fruit of this great island of Pico is its much, and excellent wine" (...) "much goes to Brazil" (...) "the wine from Pico, is used more to spend the bad moods, to comfort the stomach, to cheer the heart, and enliven, and not make lose the mind".

A Legacy to last

“Czar” and
the producer

On discovering the records of Verdelho exports to Russia, specifically to the court of the Czars, the producer José Garcia understood that the name Czar would be ideal for the wine, which gained that appellation in the early 1960s.

This website uses cookies to improve your experience while you navigate through the website. Out of these, the cookies that are categorized as necessary are stored on your browser as they are essential for the working of basic functionalities of the website. We also use third-party cookies that help us analyze and understand how you use this website. These cookies will be stored in your browser only with your consent. You also have the option to opt-out of these cookies. But opting out of some of these cookies may affect your browsing experience.
SAVE & ACCEPT